Where ever you turn in India you will notice this sacred symbol Om. In the temples, at shrines, on the doors of homes & shops  and daubed on walls down streets and alley ways. 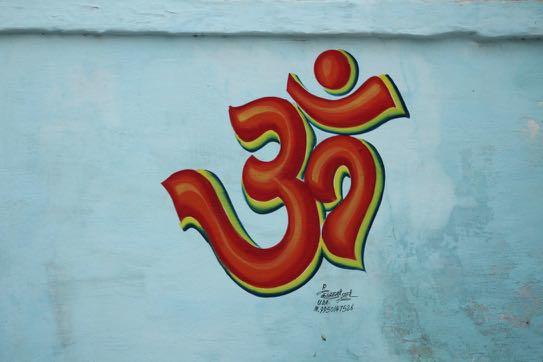 It is found in Buddhism, Jainism and Sikhism as well as Hinduism.  According to Hinduism it is the first sound of the Universe. One of the earliest written mentions of Om is in the Mandukya Upanishad, a sacred Hindu text, supposedly written around the year 800 BC.  This, sacred symbol is complex in its meaning and expression as well as the context it is used. Simplified it represents  the soul or ones self within. Om is chanted at the beginning and end of sacred texts. In the west it is more often found to be chanted at the beginning and end of yoga classes. 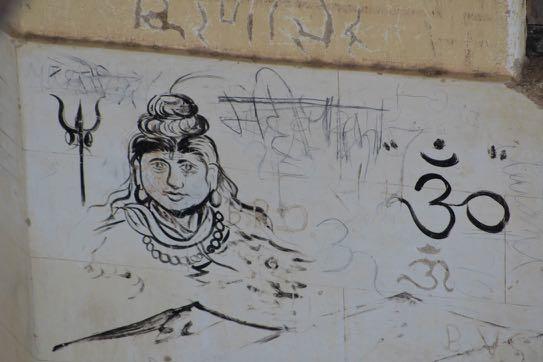 The Om has become the unofficial  symbol for all things yoga. In yoga it  represents the union of mind, body, and spirit embodying the divine energy, or Shakti, and its three main characteristics: creation, preservation, and liberation. Chanting at the start of a class brings focus  to the mind as you  commence  time on the mat or in meditation. Classes will end with another chant to signify the closure of the lesson and to bring one back to their physical presence in the world.

Inspired by my travels through India this contemporary pendant cuts through the chaos of India with its simple and clean design. Acknowledging this ancient symbol and the aged old art of enamel work. The artisans have crafted these pendants with pops of colour reminiscent of  coloured saris and turbans. 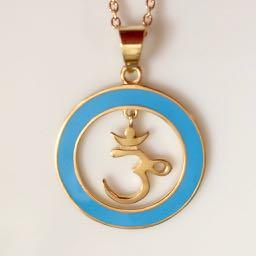 A bit about us